Website is in the Beta development stage. We are working to improve the user experience and other features. If you found any issue, please contact us.
PC Info build 3.7.2.658 released 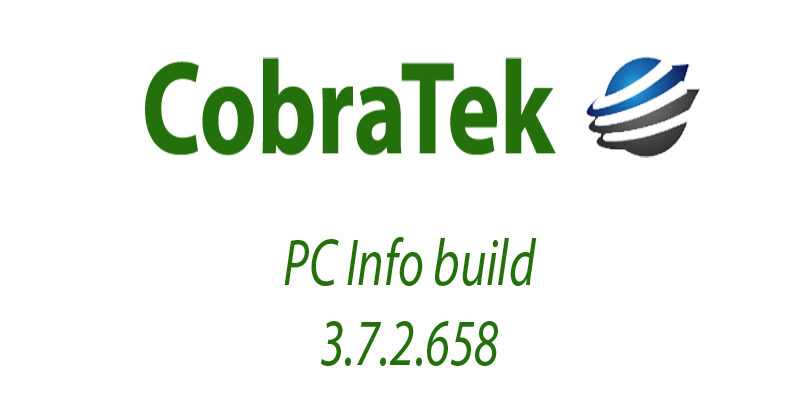 Today, we announce the PC Info build 3.7.2.658 release. This is the major release. It brings new features, improvements and bug fixes. We improved the programs detection. Now, it loads the programs data much faster. Also, we added the ability to select the application download and install paths. You can configure the paths in the updates tab. This build also contains new features such as - remove the installer after update and install updates silently.

We recommend all users to update to this build to get the latest improvements and fixes.

Have a nice day!

The CobraTek team
94
21 May 2020
« PC Info Home « Applications and Installers « Blog « Home
We use cookies to provide the best possible experience for you on the website. Read our terms for more details.