Website is in the Beta development stage. We are working to improve the user experience and other features. If you found any issue, please contact us. 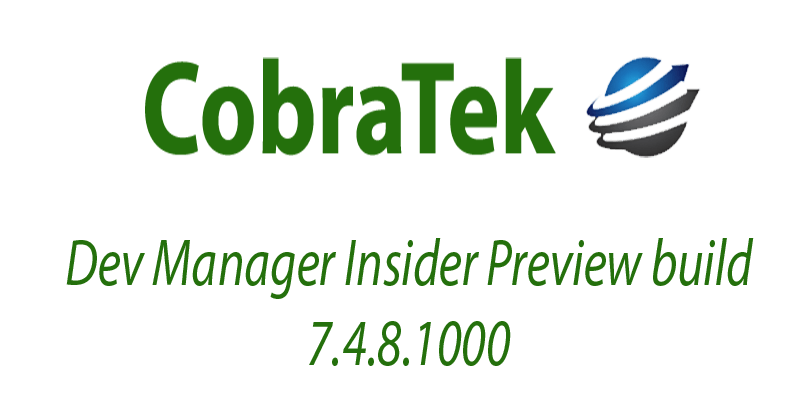 Also, we added the ability to set/change the download and install updates paths. It will be useful in case you want to specify your paths. We added the feature to delete the installer. It will look for the installer in the updates download path and remove it on the application startup. By default this feature is not enabled.

Install updates silently feature will skip to display installer when performing the update to the next build. This feature is enabled by default.

We improved the Dev Manager design, added feature to maximize the main window. Save and load settings has been improved as well. We added the feature to check for all settings at application startup, so even when some settings value could be missing, it will be automatically set to the default one at the next application start.

Feel free to update to this build, try out all these new feature and submit your feedback to us. At this point, we are performing the Dev Manager testing, if it passes all the tests, then it will be available on the Beta and Release update channels.