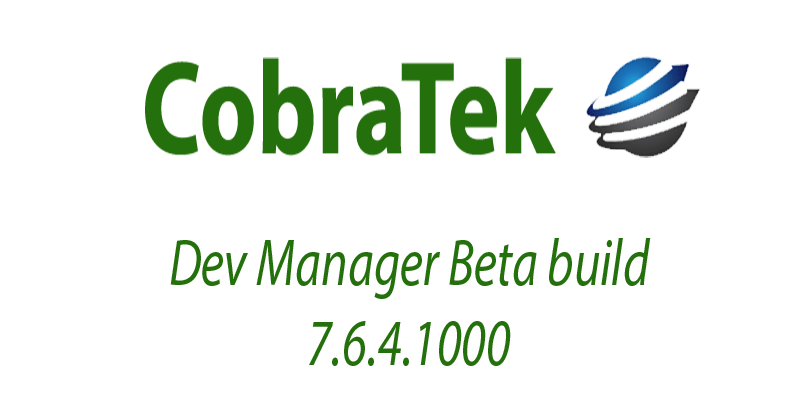 We are announcing the Dev Manager Beta build 7.6.4.1000. It contains all the improvements from the Insider Preview build and adds minor changes and installer improvements.

You can get it using the regular installer on the website. Advanced Live Installer or simply by updating using build-in feature on the Beta update channel. Feel free to update to this build and submit your feedback to us.

As we stated in the previous blog posts, we are working to speed up the development process. It means more builds and less time frame between the releases on update channels.